Michael O’Brien was appointed Treasurer of Victoria in March 2013. Prior to this, he served as Minister for Energy and Resources, Minister for Consumer Affairs, and Minister for Gaming since December 2010.
As Treasurer, Michael delivered his first Budget in May 2013 with a surplus of $225 million in 2013-14, making Victoria one of only two Australian jurisdictions to consistently forecast surpluses over the next four years. Michael’s first Budget also funds a record infrastructure program of $6.1 billion in 2013-14 and includes major state-shaping projects such as the East-West Link and the new Monash Children’s Hospital.

Ms Liu Yu, Commercial Counselor of Consulate General of the People’s Republic of China in Melbourne. Since graduating from the University of International Business and Economics of China in 1990, she has been working with the Ministry of Commerce of China for over 20 years, where her responsibilities are wide from administration of foreign investment, coordination of fiscal and taxation policies, planning of foreign trade development to the latest economic analysis. 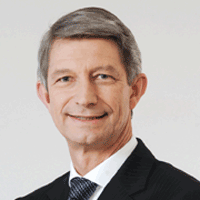 Board Member,Australia-China Council;
Chairman of the China-Australia Chamber of Commerce in Beijing; Partner of KWM

David Olsson gained an international reputation as a finance and debt capital markets specialist with over 25 years’ experience working in the Australian and international markets. He is the current Chairman of the China-Australia Chamber of Commerce in Beijing (AustCham), a position that he has held since July 2010, and has been a lead participant in numerous Australia – China bi-lateral dialogues and initiatives over many years. He is a former Chairman of Melbourne Affordable Housing.

NAB’s Asia Desk is focused on connecting NAB’s bankers and clients in Australia and New Zealand with NAB’s established presence and networks across Asia, with offices located in Hong Kong, Singapore, China, Japan, India and Indonesia.
Grant has over 18 years experience in financial advisory and banking sectors and has been with NAB in Australia and Hong Kong over the last 6 years.
Grant has a Bachelor of Commerce, is a Chartered Accountant and has a Master of Applied Finance from Macquarie University.

James joined the Bank early in 2011 from the Reserve Bank of Australia where he worked for 4 years in a number of roles. These roles involved analysis of overseas economies and commodities, as well as business investment and residential property within Australia.
In his current role, James is responsible for monitoring and forecasting the emerging Asian economies with a particular emphasis on China, and is also a member of the commodities team

Mandy Jiang is an Australian Chinese who has newly migrated from China 5 years ago. She is now the Director, Head of China Desk of National Australia Bank, one of the 4 main banks in Australia. The bank is the largest corporate bank in Australia and the first Australian bank to set up representative offices in Beijing in 1982. NAB’s Asian operation have grown to include 5 branches and 2 representative offices with over 450 staff that service clients in 17 countries across Asia. 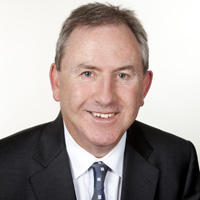 David Thomas is well known in Australia for his experience, credibility and passion for identifying, building and facilitating business and investment relationships between developed and emerging countries, and has led delegations to all of the four BRIC countries. 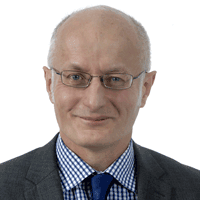 Roger Donnelly is responsible for country risk assessment and rating at EFIC. He also provides regular briefings for clients, industry and government on economic and geopolitical issues, emerging markets and the outlook for Australian exports and investment.
Before joining EFIC, Roger worked for the Commonwealth Treasury, the Office of National Assessments, and as a consultant to both Australian and foreign companies and the Organisation for Economic Co-operation and Development (OECD). His experience spans public policy analysis, economic forecasting, investment feasibility studies, country risk assessment and lecturing.

Mark Hawthorne is the National editor of Fairfax Media’s BusinessDay section which is published in The Age, the Sydney Morning Herald and the Canberra Times. Mark joined The Age in 2004 after seven years living in London, where he worked as a senior journalist with Conde Nast Publications. Mark has written feature stories for theage(melbourne)magazine, the daily business column for The Age. After a stint on the sports desk in 2010, Mark moved back to business and finance, where is had an investigative role and wrote a weekly column examining the corporate world.

senior business writer and columnist, Fairfax, The Age and SMH

Adele Ferguson is a senior business writer and columnist for leading Fairfax newspapers, The Age and the Sydney Morning Herald. With more than 20 years in journalism, Adele carries a reputation as one of Australia’s most respected and well-read commentators and has lead many major investigations into the corporate sector. Adele is also the author of the biography of Gina Rinehart, Australia’s richest person. Adele has worked as a commentator at the Australian newspaper and has worked at BRW Magazine as deputy editor and chief business commentator.

China correspondent, The Age and SMH

Philip Wen is the newly-appointed China correspondent for The Age and the Sydney Morning Herald, and will be based in Beijing from July. Philip has been a reporter with Fairfax Media since 2010, reporting on business and economic news, with a particular focus on how the rise of China and Asia impacts on Australia. A Mandarin-speaker, Philip was a chartered accountant with consulting firm KPMG before deciding to pursue a career in journalism.

David is attuned to the Asian listed company market, international taxation issues, corporate regulations and various stock exchange requirements and is highly regarded in the market place. David has an extensive network that supports his cross-border corporate activities involving Australian and Asian companies. This network allows for the identification of venture partners, resolution of internal management issues and fast tracking investment activities. 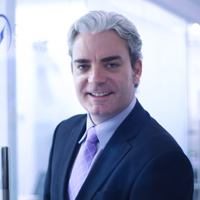 Australian born Morry Morgan moved to Shanghai in 2001, and has been a key player in the growth of the HR industry in China. He is the co-founder of award winning training firm, ‘ClarkMorgan Ltd’, which is now in its 12th year and has trained thousands of Global 1000 and Chinese multinational firms.
He is also closely connected to other aspects of the HR function, through the publication of NetworkHR magazine, China’s longest running bilingual human resources magazine. Since 2005, Morry’s print and online issues have been read by over 6,500 HR professionals quarterly.Morry is also the author of ‘Selling Big to China – Negotiating Principles for the World’s Largest Market’, published by Wiley in 2010. 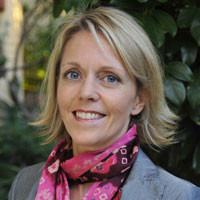 Charlotta Öberg, an award-winning cultural diversity specialist with cross-cultural experience from three continents over 20 years. She is committed to equipping people who interact across cultures with Cultural Intelligence, to contribute to their success, client satisfaction and thriving multicultural societies. 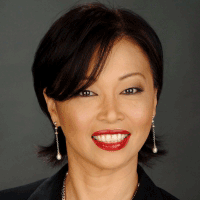 Dr Caroline Hong is the CEO of the SME Association of Australia, which helps small & medium enterprise connect, grow and prosper. Membership is available to SMEs, Corporate & International business, helping you boost your connections and profile in Australia 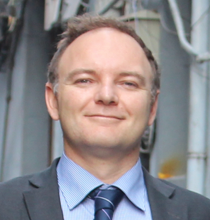 Robbie Burns is in his 8th year working in China. He previously worked in the EU in EMEA sales and marketing for NASDAQ companies before specialising in China sports marketing via his company PRCOOL “The Peoples Republic of Cool”.
Robbie instigated and was involved in many “China 1st’s” in action and sports marketing in China.
His last role was China Business Director for the O’Neill brand before partnering with John Wei and ChinaSEO. 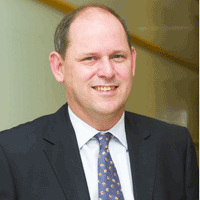 Founder of Wadley Business Consulting and a Senior China Consultant at Ashurst China. Located in Shanghai for over 11 years, Michael provides corporate advisory and legal services to foreign investors throughout China and to China outbound investors. He advises clients on legal issues including corporate governance, compliance, taxation, foreign acquisitions and investment as well as commercial aspects of the business Clients range from SME’s through to listed companies.

He-Ling is a highly experienced economic researcher and consultant. His research interests focus on the theory of the firm, institution and organisation, and international trade and development strategy. His papers have been published by international leading economic journals – including the American Economic Review, and Journal of Comparative Economics. His academic career has recently been extended to consultancy.

Ray Tettman is a patent and trade mark attorney, and Principal of Watermark Intellectual Asset Management. He acts for a range of local and overseas clients, providing intellectual asset management advice spanning from the identification and protection of intellectual assets, such as inventions and brands, through to the enforcement of intellectual property rights in Australia, China and elsewhere.

Peter Horton is a Director of LOTE Marketing a communications consultancy located in Melbourne, Australia. He has extensive experience in both the media and marketing industry with senior positions that have included General Manager of radio stations in Melbourne, Sydney, Regional New South Wales and New Zealand.
Peter has also been the National Sales and Marketing Manager at Advance Australia Foundation and the Radio division of the Special Broadcasting Service (SBS).
He started LOTE Marketing in 1998.

Zhining works as an investment manager with Invest Victoria, the State Government of Victoria, to assist Chinese companies in establishing businesses within the state. He also works closely with three Victorian Government Business Offices in China to obtain market intelligence. Prior to this role, Zhining worked as a project manager with the Municipal Government of Dalian, China.
Born in China, with experiences of working with governments in both China and Australia in areas of investment attraction and facilitation, Zhining understands business environments of the two countries and is experienced in cross-cultural communication.

Tony is a seasoned professional with 25 years experience in the AFL industry as a player and marketing, media and commercial executive. He was appointed to his current role over 3 years ago tasked with leading the AFL’s International strategy across multiple markets including North America, the Pacific, Europe, South Africa and China with key highlights being the 2010 exhibition game in Shanghai and the recent success of the historic first game for premiership points in Wellington, New Zealand on ANZAC Day between St Kilda and the Sydney Swans.

Boyd joined Contango after seven years at Equity Trustees Ltd as Head of Funds Management Sales and Marketing, responsible for the Retail channel distribution of Institutional fund managers covering Fixed Interest, Equities and Property. These managers included Australian Boutiques such as SG Hiscock & Co, and Global giants PIMCO and LaSalle Investment Management.
In prior roles Boyd has also been portfolio manager for a Mortgage Fund and worked with the Securities Institute of Australia. Boyd is regularly published in Australian Financial Media and is a regular invite to speak at Investment Conferences and Expos.

Rob is an environmental geographer and has 20 years’ experience as an environmental and communications consultant. He is a director of Greenco Water Pty Ltd, World Wind Pty Ltd, the International College of Environmental Sustainability, the new mobile media company bhive Group Pty Ltd and is also a major shareholder and key advisor to Envest Eco City based here in Melbourne.
Rob is one of Australia’s most valuable and respected communicators on environmental issues to both government and the private sector and, in particular, on the science of climate change and the impacts, risks and opportunities it presents. He is respected for his knowledge and understanding of the complexity of a range of issues from water management to biodiversity to energy management and green design.

I practised Law as a senior partner from 1972 to 1987, specialising in property, finance and mergers and acquisitions.
I have been Chairman and or Director of a number of public listed companies over the past thirty years, with extensive business experience behind me, which includes founding and co-owning an aged care management and ownership group in 1983. This involvement has been continuous for the past thirty years and is ongoing.
Lifeview Residential Care, of which I am a Director and Co-owner, owns and operates five aged care facilities and is currently in the process of developing its sixth facility, and is advising Australian and Chinese groups on the acquisition and or development of aged care facilities in Australia and China. 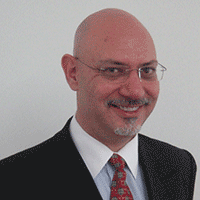 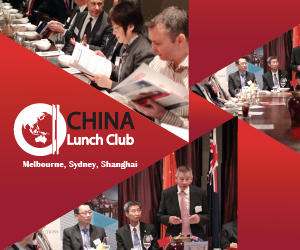